Karen’s stylist mentioned that her daughter also had scoliosis and had undergone Anterior Scoliosis Correction (ASC) with Dr. Antonacci with excellent results.

Beth Lavin of Newfoundland, New Jersey, was diagnosed with Scoliosis at age 8 when her pediatrician discovered a curve in her spine during a routine checkup. She was too young to understand the diagnosis at the time, but Beth’s mother Karen worried about what lay ahead.

How do you stop the curve from progressing? Beth didn’t realize the magnitude of the issue until the frequent doctor’s visits and treatments began. Treatments included checkups every four months, wearing a brace and Schroth physical therapy sessions (customized exercises that de-rotate and elongate the spine). Unfortunately, Karen could still see the curve progressing. Beth’s shoulder blade began popping out and her clothes did not fit properly. While Beth wasn’t in pain, scoliosis played a major role in her life affecting how she felt about herself and her body. Eventually, Beth’s curve reached 57 degrees.

Like many scoliosis patients, Beth and her family were under the impression that fusion was the only surgical option. Then, at a Schroth appointment, a physiotherapist mentioned that she had seen exciting results with young women who had mature skeletons and significant curves. Karen continued to research options. At a hair salon appointment, Karen was discussing Beth’s condition and by total coincidence, the stylist working beside Karen’s stylist mentioned that her daughter also had scoliosis and had undergone Anterior Scoliosis Correction (ASC) with Dr. Antonacci with excellent results.

Karen and Beth consulted with Dr. Antonacci and his team who felt that they could get Beth’s curve down to between 10 and twelve degrees. In September 2020, five months after her surgery, Beth, then a Senior, was able to play for Rowan University’s volleyball team. Beth graduated in May 2020 and is pursuing a career in event planning and hospitality. She is currently working at Warwick Valley Winery and Distillery. ​ 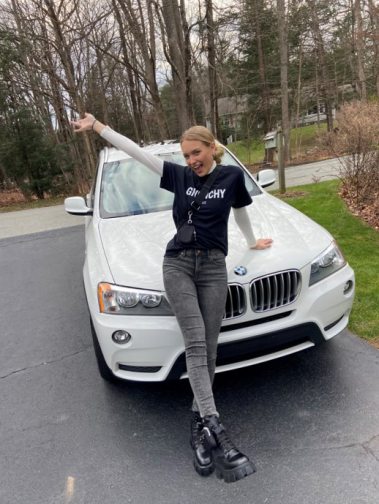